Skip to content
Share & spread the love
Contents
1. Introduction
2. Who Can Be Released, and How?
3. Composition of Undertrials
4. What Has Been Done Yet
5. What Can Be Done – Our Views
6. Conclusion

An undertrial is someone who is not convicted, but is living as a prisoner during the course of the trial proceedings in the court of law. The number of undertrials has been increasing, and is now higher than it has ever been with an alarming rate of 76% of the total inmates in the year 2020 which has risen from 69% in the year 2019; out of which many people must have been proven innocent. In criminal offences, the accused is kept in the prison for as long as the trial goes on for, and is released once proved innocent.

Though it is a well-known fact that in India, there is a huge issue of pendency of cases and the proceedings are extremely prolonged and meticulous. This becomes very problematic for someone staying in the prison waiting for justice to be served to him/her. Going by numbers, there has been an unprecedented hike of 12% in the undertrials staying in district jails[1]. On the contrary, the number of actual convicts has dropped by 22%.

Who Can Be Released, and How?

The release of the undertrials generally takes place on the account of acquittal, release after furnishing bail, transfer, extradition etc. in addition to this, as per section 436A of the Code of Criminal Procedure, which states that no person in the normal course of time can be detained beyond one-half of the actual period of the punishment he/she is being accused of (excluding the offences where death punishment is given or even one of the punishments is death); unless the court, due to some reasons after listening to the public prosecutor is satisfied that the person is supposed to be detained for longer.

The reasons for continued detention should be kept on record in writing, if they fail to give valid reasons, the person is released on personal bond with or without sureties.

It if further mentioned that absolutely no one can be detained for a period that is longer than the actual punishment of the offence that they are being held and accused for. There are many such undertrials who have been declined release or their release has not been taken into consideration by the authorities.

Another fact about undertrials is that out of every 3 undertrials, 2 belong to the marginalized classes i.e., SC, ST or OBC. These classes are more vulnerable to things like legal detentions, been made to make or voluntarily making false statements or confessions or even arrests in particular. In addition, they do not generally possess enough means to furnish the bail money required.

As per the reports, 27.0% of the undertrials are illiterate and the rest 40.7% of the undertrials have not studied above the 10th standard. This amounts to be the condition of 67.7% of the total number of undertrials. This directly points to the fact of lack of legal awareness and things like free legal aid that is available to these people.

There has been a rise in the number of women undertrials as well over the past few years, 4% of the total are woman in 2020. Additionally, as per the data the maximum percentage, 49% of undertrials are of people aged 18 to 30 years, which is a young bracket. The rates are as high as 90% on inmates being undertrial in places like Delhi and Jammu and Kashmir, with a wide increase in Punjab and Haryana.

What Has Been Done Yet

It is not like the system has been redundant about the issue, it is working but the pace seems to not be ideal. The following steps have been taken yet.

The apex court, in March 2020 ordered the setting up of something called as the HPCs i.e., High Powered Committees in every state and union to recognize prisoners to be released on interim bail and that of convicts and undertrials charged with offences with seven years or less as punishment. But, a large number of undertrials were excluded on account of the seriousness of the offence they were charged with.

Several other courts like the Delhi High court, Telangana High court and Bombay High Court did something similar with the interim bail, during the covid times because of a large number of Public Interest Litigations (PILs) filed, a lot of them were later dismissed for being unreasonable or arbitrary as per the court.

Even after these attempts, there seems to be no big change. So, we shall now look at what can be done further.[2]

What Can Be Done – Our Views

As per the prison statistics report 2020, 2 in 3 undertrials who were entitled for release were still kept in jail for the offence they were accused of. A large portion spent over a year in prison and others were in for as long as 5 years as well.

It is practically not possible for the authorities to recognize who is innocent at the early stages of the trial and release him/her, but there are other measures that can be taken and which would greatly help such people and the system as well.

The primary task of the legal system is to serve justice, to give the right decision so that the right person never has to suffer. But, looking at the topic of undertrials and the fact of presumption of innocence until proven guilty contradicts the idea of complete justice in some way.

There are cases where people have stayed inside the prison for extremely long periods and then proven innocent in the end. This not only takes a toll on their mental and physical health, but they just cannot see life the same way.

It takes a long time to recover from such an immense traumatic phase of having to suffer for a mistake that was never theirs in the first place. It is not easy to stay in the same place with some of the most dangerous criminals, encounter fights, deaths etc. PM also asked the Judiciary to speed up the release of undertrials.[3] Some serious and quick action should be taken to get this issue sorted.

Everyone is entitled to a good life; it cannot always be fair but attempts can be made to at least mitigate the sufferings of people. The pandemic has been a tough period for the nation, but some flaws have surfaced during that time that needs to be corrected.

This article has been written by Lakshya Bhatia and Ridhi Seth, students at Maharaja Agrasen Institute of Management Studies. 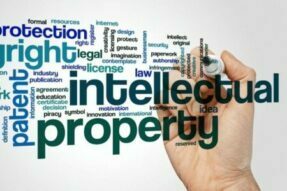 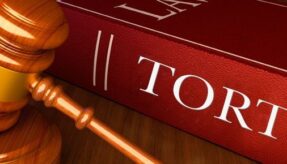 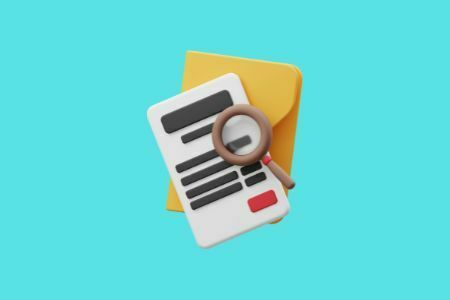