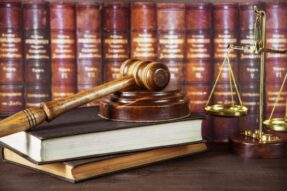 The term doctrine of severability itself signifies the meaning of the doctrine. Literal meaning of ‘severe’ is incorporated here, which directly implies that ‘the part of the provision to be severed’. The doctrine of severability states that the law is void only to the extent of the inconsistency or contravention. This means that a provision may not be wholly contravened, but, if the part of such provision is inconsistent with the existing provision of law, such part, to the extent of contravention must be severed and interpreted. The rest of the part of the provision which is consistent may continue to stand remain operative. However, if any kind of circumstances arise where the valid portion of the provision to get separated from the invalid provision, then the entire provision shall cease to exist.

Doctrine of severability is also know as the doctrine of separability. The inconsistent part of provision may be void on the account of repugnancy or inconsistency with any fundamental rights and only to the provision of the law in question comes into the court for the purpose of deciding whether such law shall be treated as void, and not the entire statute.

In this doctrine, if there arises a situation where a good and the bad provisions are merged by using the word ‘and’ or ‘or’ and where the enforcement of good provision does not be dependent on the enforcement of bad provision, then two provisions are severable and the good provision would be upheld and declared Valid. On the other hand, where a provision is in the condition that it can be interpreted in both legal and illegal way and such provision are entangled in such a way that they are inseparable, then this doctrine cannot be applied and the only option left with that law makers are to declare such provision void as whole.

Evolution of The Doctrine

The practice of doctrine of severability can be dated back in few centuries back, where many countries like UK, Australia, United States of America. In England, the question of doctrine of severability had been first discussed in Norden felt v. Maxim Norden felt Guns and Ammunition company Ltd.[1] After this case, in US, the first case of this doctrine was decided in 1876 in the case United States v. Reese[2], where the case was whether the congress would have enacted the challenged statute, if they even knew that such a statute would subsequently be discarded. The US court had held that provisions are no-severable when retaining the statute without them would create the effects not severability is whether the statute will function in a manner consistent with the intent of congress.

Later, the first test of severability was laid down in 1932 in the case Champlin Refining Co .v. Corp. Commission of Oklahoma[3], where the Supreme court had made it clear that the Unconstitutionality of the part of the statute would not render the remaining part of the statute invalid. Later in 2006, the US supreme court had expounded 3 principles of severability in the case Ayotte .v. Planned Parenthood of N. New Eng[4]. Firstly, the court will not try to negate the work of the legislature more than it is necessary, Secondly, the court would restrain themselves from rewriting state law to confirm it to the constitutional requirements, and thirdly, a court cannot use its remedial powers to circumvent the intent of the legislature.

The concept of doctrine of severability gradually started to spread from west to the eastern countries such as in Malaysia, where the popular question of this doctrine was evolved in the case Malaysian Bar and Anr. v. Government of Malaysia[5], where the court based its reasoning in the applicability of this doctrine. The challenged provision here was S. 46(a)(1), where the content so f this section denied the representation of lawyers in Bar council of Malaysia. The Court reasoned that because the provision disqualifying the lawyers from practicing without the eligibility of 7 minimum 7 years of practice was of valid nature, the statute itself ought to be declared as ‘constitutional’. Also, the court held that if any states are passed by the legislative body, then they would always not be applicable to anybody and everybody.

Doctrine of severability is understood in India by Analysing Article 13 of the Indian constitution. Article 13 declares to struck down any laws which are inconsistent with Fundamental rights enumerated in Part III. Article 13 clause (1) and (2) thus incorporated the applicability of severability in India. Both the clauses deal on how to severe any provision to the extent which is inconsistent with the Fundamental Rights and the severing the state laws which are in contravention to the fundamental rights to be treated as void.

In Gubienzio -Ortiz .v. Kanahale, it was stated that ‘ The lodestar of Severability is the Legislative intent’. But this argument was not left unchallenged. Many criticizes that the severability is not exclusively the matter of legislative intent. The severability of statute can be determined according to the general principles of statutory construction. When the legislation applies either a severability or a non severability clause in a statute, such a clause should be literally interpreted. While a statute is constructed its literal interpretation is given the utmost preference. The presumption arises when there is an absurdity in the clause or any provisions of statute. The applicability of severability comes into the play where presumption arises in such cases.

The first Question which arouse among house of lords was regarding the applicability of Doctrine of severability. It was held that the Doctrine of severability could be applied in separating the unreasonable part of the agreement, related to the portion decreeing Norden felt to abstain or refrain from the competition with Maxim from the reasonable of protecting the legitimate interests including both parties contention of the terms of the agreement being of a reasonable and valid mature. Here the issue was regarding the dispute in an agreement regarding the armaments which was entered between the Nordenfelt and Maxim, which included the condition that Nordenfelt will sell or make the arms and ammunition anywhere in the world nor he will compete with Maxim for the period of 25 years. Suit was filed by Nordenfelt challenging the validity of the agreement.

In this case, a sound Ratio Decidendi was propounded by the court indicating the doctrine of severability in three grounds :

The supreme Court applied this doctrine by stating that preventive detention omitting section 14, was valid as the omission of Section 14 would not invalidate the other provisions of the Act, and the rest of the Act remains Valid and effective.

It was held by the supreme court that an Act could be considered valid, even though the invalid provisions are severed and lays in the act in a separable manner.

It is also famously known as the defection case, where paragraph 7 of the tenth schedule, which was inserted by 52nd amendment Act, 1985 was alleged to be unconstitutional as it had violated the provisions under Article 368(2). The court applied doctrine of severability by only severing the 7th paragraph of tenth schedule, thus rendering rest of the paragraphs valid.

Always, the important point to be kept in mind is the legislative intent and their accordance with the public interest, while applying the doctrine of severability. Just because the an iota of pre-existing law becomes unconstitutional by considering the post- constitutional law does not indicate that the controversial provision cannot be applied to the courts after applying the test of reasonability, public interest, and legislative intent. In spite most of the countries have relied upon the common law for applying the doctrine of severability, there are some countries such as Australia, who has incorporated this doctrine into their constitution. The doctrine of severability is essential to be interpreted in further laws as a corrective measure to rectify the ambiguity and mistakes done in pre-existing laws. Also, if a small invalid provision in a statute renders whole of the statute invalid, it would become a hectic task for the law- makers to elucidate entire statute after small rectifications. Further, doctrine of severability plays a key role to strike a balance between the Legislation action, tradition, customs and the contemporary needs.

The doctrine of severability is still existing in many parts of the world, and the concept is spreading to other countries in a very profligate manner. This doctrine is necessary to protect the valid and relevant provisions in the pre-existing statutes, and it is up to the courts to decide the question related to the effects of invalid provision on the scheme of the Act and accordingly adjudicate the question of declaring the validity of the act as a whole and various provisions of the Act.