What Is Judicial Review?

“Judicial review” is power of courts to express upon the constitutionality of legislative acts which fall within their normal jurisdiction to enforce and the power to refuse to enforce like they find to be unconstitutional and void. Judicial review is an integral part of our constitutional system and a power has been vested in the High Courts and Supreme Court to decide about the constitutional validity of the provisions of statutes. If the provisions of statutes are found to be violative of any of the articles of the Constitution which are the guideline for the validity of all laws the Supreme Court and High Courts are empowered to strike down the said provisions.

For Grounds For Judicial Review of Administrative Action, click here.

India is a democratic country and the essence lies in the concept of laws, principle of Natural Justice, Separation of Power, and these principles have been captured in the Indian Constitution under various provisions like Article 14, Article 22, Article 50. The power to review the action of administrative authority has been intend in appellate courts under Article 13, Article 32 (power of SC to issue writs), Article132 (appeal against HC order in SC), Article 226 (power of High Courts to issue writs), Article 227(superintendence of High Court over District courts and tribunals), so that the actions of executive bodies can be confined within the Constitutional limits.

Article 32 (1) guarantees the right to move to Supreme Court by appropriate proceedings for the enforcement of the fundamental rights grant by part 3 of the constitution. Clause (2) of article 32 grants power on the Supreme Court to issue appropriate directions or orders, or writs, including writs in nature of HABEUS CORPUS, MANDAMUS, PROHIBITION,QUO-WARRANTO AND CERTIORARI for the enforcement of any of the rights grants by part 3 of the constitution.

Under clause (3) of art. 32 Parliament may by law empower any other court to exercise within the local limits of its jurisdiction all or of the powers exercisable by the Supreme Court under clause (2), Under (4) says that the right guaranteed by article 32 shall not suspended except as otherwise provided for the constitution. Article 32 provides for quick and reasonable remedy for the protection of fundamental rights from legislative and executive interference.

Power of Parliament to Enlarge Writ Jurisdiction of The Supreme Court

The Parliament, under article 139, by law confer on the Supreme Court power to issue directions, orders, or writs including oh habeus corpus, mandamus, prohibition, quo- warranto and certiorari, or any of them, for any purposes other than those mentioned in Clause(2)of article 32. I t is to be noted here that the writ jurisdiction of the High Court is wider than the writ jurisdiction of the Supreme Court. The power of Supreme Court has power to issue writs for the purposes of enforcement of fundamental rights and also for any other purposes. For giving similar jurisdiction to the Supreme Court, there is no need of a law made by the Parliament and there is no need of amendment of the constitution.

Centre for PIL V. Union of India , the two writ petitions were filed under Article 32 of the Constitution challenging the appointment of the respondent an IAS, central vigilance commission under section 4 (1) of the Central Vigilance Commission Act, 2003 against whom a criminal case was pending in the Court of Special Judge for the offence  under section 13(1) of the prevention of corruption act,1988 read with section 120-B of IPC. The Supreme Court to which the prayer was made to issue the writ of quo- warranto or any other writ, direction or order which the court might deem fit and proper in the facts and circumstances of the case declared of the case declared the recommendation of the respondent’s  name as nonest in law and quashed his appointment.

Writ Jurisdiction of the Supreme Court and High Courts

A writ is a quick remedy against injustice, a device for the protection of the rights of the citizens against any infringement of governmental authority. There are five well- known  writs.

It literally means a demand to produce the body (whether dead or alive). The issuance of the writs means an order to detaining authority or person to physically present before the Court the detained person and show the cause of detention so that the court can determine its legality. If the detention so that the court cab determine is found to be illegal, the detained person is set free. Since now, article 21 cannot be suspended during the proclaimation of Emergency, this becomes a very valuable writ for safeguarding the personal liberty of the individual. Habeus corpus is issue by the Supreme Court against the State in cases of violation of fundamental rights, High Courts issue it against private individuals illegally detaining any other person.

It is a command to act lawfully and to stop from perpetrating an unlawful act. Mandamus may lie against any authority, officers, government or even judicial bodies that fail to or refuse to perform a public duty and discharge a legal obligation. The Supreme Court may issue a mandamus to enforce the fundamental rights when its violation by some governmental order or act is alleged. The High Courts may issue this writ to direct an officer to exercise an officer to exercise his constitutional and legal powers, to compel any person to discharge duties cast on him by the Constitution, to compel a judicial authority to exercise its jurisdiction and to government not to enforce any unconstitutional law.

‘CERTIORARI’ is a latin word means ‘to inform’. It was essentially a royal demand for information. The King to be certified of some matter, ordered that the necessary information ne provided for him. ‘Certiorary’ may be defined as a judicial order operating in personam and made in the original legal proceedings, directed to any constitutional, statutory or non- statutory body, requiring the records of any action to be certified by the court and dealt with according to law.

The writ is corrective in nature, thus its scope of operation is quite large. It can be issued against constitutional bodies (executive, legislature and judiciary of their officers), statutory bodies like corporations, non- statutory bodies like companies and cooperative societies and private bodies and persons. Certiorari can be issued issued to quash judicial, quasi- judicial as well as to quash the administrative actions (A.K. KRAIPAK V. UNION OF INDIA)

Prohibition is a judicial order to the agencies (constitutional, statutory or non- statutory) from continuing their proceedings in excess or abuse of their jurisdiction or in violation of the principles of natural justice or in contravention of the law of the land. Before the writ of prohibition can be issued there must be something to be done. It is a writ ‘writ of right’. It can be issued even when the agency has reached a decision, prohibition is issued to protect the individual from arbitrary administrative actions.

Quo-Warranto is a question asking ‘with what authority or warrant. The writ may be sought to clarify in public interest the legal position in regard to claim of a person to hold a public office. An application seeking such a writ may be made by any person provided the office in question is a substantive public office of a permanent nature created by the constitution or law and a person has been appointed to it without a legal title and in contravention of the constitution or the laws.

The above traditional rule of locus standi that a petition under article 32 can only be filed by a person whose fundamental right is infringed has now been considerably relaxed by the Supreme Court in its recent rulings. The court  now permits public interest litigations or social interest litigations or social interest litigations at the instance of ‘ public spirited citizens’ for the enforcement of constitutional and other legal rights of any person or group of persons who because of their poverty or socially or economically disadvantaged position are unable to approach the Court for relief. Some of these PILs happen to be landmark cases like Bhopal Gas Tragedy case, Taj Trapezium case, Community Kitchen case, etc.

Article 32: It is of paramount importance to appreciate the fact that Article 32 can only be invoked when there is an infringement of provisions of Part III (fundamental rights) of the Constitution.

There have been instances like in AK Gopalan v. The State Of Madras, where the court has affect the provisions of the Preventive Detention Act, which restricts the detainee on the execuse of prosecution from telling the courts the grounds of his detention. Due to this, the court was unable to scan the grounds of detention and thus can’t discover whether the fundamental rights of the detainee has been infringed or not making courts power under A. 32 worthless and unreal, for this reason court affect the said provision by declaring it unconstitutional. In Prem Chand v. Excise Commissioner, SC affect one of its own rule of furnishing securities to file a writ under before SC on the ground that it handicaps the enforcement of Fundamental Rights under A.32.

It shall be noted that the jurisdiction of SC under A.32 is in no way curtailed by A.226, meaning one has no mandate to first exhaust his remedies under A.226 for the enforcement of his fundamental rights and can straightaway move SC under A.32 for the same. But, if one chooses to first file a case on HC and there the writ gets rejected on the lack of merit, then he can approach SC only via appeal under A.132, die to res judicata.

Criminalisation Of Politics- Need For Substantial And Meaningful ReformsContext

Article 370 Abolition: in the Light of Doctrine of Colourable Legislation 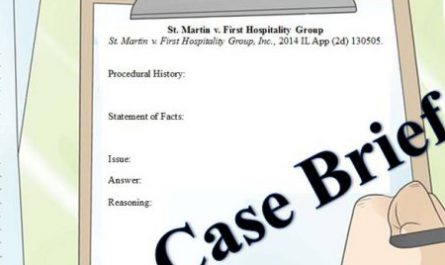