Torts means a civil wrong. As we know that the law of torts is not codified in India. Law of torts originate from the England. Law of torts means the civil wrong, and the loss is both monetary and physical. But it is not important that the tort is always a civil wrong, it is also a criminal wrong like battery, assault, or defamation. In the law of torts the claimant have to suffer losses which is committed by the other party (act should be tortious act), which means the wrongful act. Battery and assault both comes under the civil and criminal ac. Tort is civil jurisdiction law and also known as the English law. This law mainly deals with the civil nature like day to day offences.

Parental Authority under Law of Torts

As we know ‘parental” word indicate parents. parent are very important for everyone because they give birth to the child, then guide them, educate the, etc. so like that in law they is always a need of the parental authority which sets the rules, regulation for the smooth functioning of the laws. Rules and regulations. Like parents give birth to the child, then they have certain rights on the child and some responsibilities towards the child like right to give education, right to determine the religion, right to custody, right to supervision etc.

The main important point in this both parental and quasi- parental authority is that both have the legal authority of their children. In parental authority there is no delegation of the rights and the duties but in the quasi authority there is some delegation of the   duties and the rights to other person or authority.  Let’s take an example- parents give some authority to school teachers, principle or tuition master, for the welfare of the children. So they can study properly and achieve their goals in future. This is for the betterment of the child. Nanni or babysitter also act as a quasi- parental authority. Quasi parent is also important for the student to leans the social norms and how to live in the society. At the end, human has to do things for the society.

In Relevance with The Law of Torts

As we already discuss, about the parental and quasi parental rights and duties. These authorities are provided to the parents for the safety of the student but it is not right to say that these rights can be used as the defence in any kind of criminal offences. In short we can say that in case of battery or assault, there is no defence to be given to the children. As the rights and duties of the parental or quasi parental authority on the one hand and the committing of the crime on the other hand. Any kind of the defence or favour can’t be given to the children or any other person involve in these activities. If he/she commit any crime of offence which is illegal, then he / she can be liable under the law of torts.

In this case, one student (The petitioner) involve in the ragging of the junior students. As we know that the ragging is offence under the law. The principal of the Medical College take action against the Thampa, and suspend him from the college because that is against the protocol of the college, also effect the reputation of the college. “He also said: “It seems to me that the authority to administer moderate and reasonable-corporal punishment, which any parent who sends a child to school is presumed to give to the authorities of the school, extends to the mistress occupying the position which the defendant occupied in this school”.  The incidents are happened in the campus and the hostel areas. The written statement of the juniors who have been the victim of the ragging. Kept as an evidence for the case. The petitioner also beat the students, ill- treatment, or mentally and physically harm the students. The management committee record the evidence of the victims and personally investigate the matter because this will effect the reputation pf the college. Later, the petitioner threatened the juniors, to give their statement back or not to tell the truth otherwise, they will kill them and many of the student’s withdrawal from the statement or evidence. In this case, later it was also came up that, the principal of the medical college not having the jurisdiction to suspend the students or nay of the committee.

Analysis On The Case

According to me, punishment should be given to the student because, the school or college is a quasi- parental authority, and they have rights to guide the student. Their duty is to monitor the students that they are not doing wrong thing.  Schools and the colleges comes under the quasi- parental authority. Ragging is illegal according to the law of India, it effect the mental and physical health of the student, and punishments for ragging is also define in the law. Punishment is imprisonment extent to two years and the fine of Rs. 10,000 define under the TAMIL NADU PROHIBITION OF RAGGING ACT, 1997. All the university or school or college which are regulated under the university grant commission, sign the anti – ragging form or affidavit at the time of the admission of the student. My comment on this case is that, this is not right to harasses , molest, mentally and physically abuse the students or juniors , or blackmailing them and the parents who motivate their children to do these act , give punishment to them also.as it is believed that there is a trend  of ragging in the medical college. Senior and junior interaction does not considered as ragging. They is also fine of RS. 25,000 30,000 impose on the students and college can suspend their student from college for shorter period of time.

Under law of torts, punishment should be given for the criminal matter, and the matters related to the civil nature. Them monetary compensation is given and this case is of criminal nature, so it is very important for every one weather parents , students or committee ,what is right for the student or what is wrong for them. How they can guide them and help them or motivate them to achieve their goals. Parental authority and the quasi parental authority helps in the law of torts.

For more notes on Law of torts, Click Here.

Important Note: In case students have any issue/feedback for the internships and other opportunties posted on the LawBhoomi, Students can write to us by sending an email to [email protected] 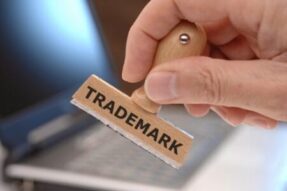