“We are not just fighting epidemic; We are fighting an Infodemic: Fake news spreads faster and more easily than this virus and is just as dangerous”

With the increase in the number of corona-virus cases in India, there is also an increase in the number of fake news that is spreading throughout the country. The Central government has been dealing with the critical situation to implement lockdown in the country and is also required to face another major challenge of imposing regulation on the media so as to restrict the spread of fake news. The key aspects on the issue is whether imposing restriction on the media would be violative of Article 19 of the Constitution and whether imposing such restrictions is reasonable to maintain the public order considering the prevailing circumstances. It is also important to assess whether the prevailing laws in India are capable of punishing the offenders who spread the fake news.

Harassment caused to the migrants due to the fake news

The inevitable lockdown brought with it several hurdles to be faced by the Central and State Government, such as, providing basic amenities of food, shelter, drinking water to poor people, controlling people to stay indoors, restricting the transport and movement of people, allowing basic necessity shops to be opened, convincing the labour class to maintain lockdown, etc. However, despite making endeavours the Government has proved short of providing food and shelter to the humungous number of migrant workers in each State. The people deprived of these necessities were roughly estimated to be around 80 crore citizens throughout India. One of the other major challenges faced by the Central Government and State was to provide financial assistance and to stop movement of 4.14 crore migrant workers/employees. These migrant workers had started travelling barefoot in groups and were thus defeating the social distancing norm which is the sole purpose of the lockdown. Such groups of people travelling barefoot in groups were extremely prone to the possibility of carrying the infection of Covid-19 and therefore it was required to stop them from travelling to their villages.[1]

In such critical circumstances, some fake news was spread that the lockdown would continue for three months, which created a panic driven situation as the migrant workers believed in the news and started to migrate again. As workers were in number of thousands, it was impossible for the police force to control as the mob was agitated by the fake news of three months lockdown. All of them wanted travel to their hometowns/native places desperately. This entire situation created tremendous panic and numbers the workers ultimately lost their lives in the stamped and chaos at the spots of gathering.. Hence the menace caused by fake news could not be overlooked and if it continued it would have created an irrepressible condition. Therefore, the Supreme court passed an order in the case of Alakh Alok Shrivastav vs Union of India, the Court held that “In particular, we expect the Media (print, electronic or social) to maintain a strong sense of responsibility and ensure that unverified news capable of causing panic is not disseminated. A daily bulletin by the Government of India through all media avenues including social media and forums to clear the doubts of people would be made active within a period of 24 hours as submitted by the Solicitor General of India. We do not intend to interfere with the free discussion about the pandemic, but direct the media to refer to and publish the official version about the developments.” It is least expected that the media owes a sense of responsibility in such a critical situation in India. The workers are bound to be terrified by such fake news as they are not in physiological states of mind to verify the news if correct. It is much expected that they will react in an impulsive manner to such fake news. Therefore it is mandatory to avoid the fake news being spread in the society.

Communalisation and Hate Speech in The Amidst of Lockdown

Some days before the lockdown in India, the Tablighi Jamaat, a small Islamic organisation, conducted a religious congregation in the Nizamuddin area of New Delhi where thousands of people from India and all around the world had gathered between 12thMarch’20 to 22thMarch’20. The Government of Delhi by that time had already issued an order on 13thMarch, which prohibited more than 200 people to assemble at any place. On 16th march ’20, another order was passed, to prohibit more than 50 people from assembling at any place. Both these orders have been violated by the members who attended the Markaz event of Tablighi Jamaat organisation. Soon a news spread in the media that most of the members who attended the Markaz event are infected with Covid-19. This created havoc in Delhi, wherein more than 9000 people were tested and quarantined. In the midst of lockdown, it further led to spread of fake news, hate speeches, communalisation of Markaz event wherein the members of Tablighi Jamaat were blamed for spread of Covid-19 virus and were even considered as Terrorist & members of Jihad.[2]

A report by ‘Media Scanner’ had published a long list of 94 fake news which was spread against Muslim community to communalize the issue of Markaz event. This even led to antagonism between Muslim community and other religious groups as the Muslim community claimed that the media was selectively broadcasting the ‘Markaz event’ and was not broadcasting other similar events like the festival in Karnataka’s Kalburgi district, which reported India’s first Covid-19 death on 10th March 2020. The same place is now an outbreak hotspot. Another meeting, on March 23rd , held by the Bhartiya Janta Party in Madhya Pradesh, to celebrate their return in power was not broadcasted. Dismayed by the unwarranted attention provided to the Markaz event, a petition was filed before the Supreme Court in the name of Jamiat Ulama-I-Hind &Anr. Vs Union Of India &Anr wherein a ground was raised that communalisation of Markaz event was violative of Article 21 as it was taking away their Right to live with dignity. There were other crucial legal grounds like such an act by media is violative of section 5 of Cable Television Network (Regulation) Act 1995 which states that “no person shall transmit or re-transmit a cable service any programme unless such advertisement is in conformity with the prescribed code” read with the rule 6 (1) ( c) of Cable Television Network which “prohibits any programme which contains attack on religious or communities or visuals or words contemptuous of religious groups or which promote communal attitudes”.[3] Needless to say that such news is not only violative of fundamental right to live and dignity but is also highly treacherous for the society.

Freedom of Speech and Expression: Legal and Ethical checks and balances on the Freedom of Press

Under Article 19(1)(a) of the Constitution of India, all the citizens have the right to freedom of speech and expression. This freedom of speech and expression includes freedom of propagation of ideas[4] The right to freedom of speech and expression also includes the right to get information. The right to get information is also enshrined in the Article 19(1) and (2) of the International Covenant on Civil and Political Rights which states that everyone shall have the right to hold opinions without interference. The sub-clause (2) of ICCPR further states that everyone shall have the right to freedom of expression; this right shall include freedom to seek, receive and impart information and ideas of all kinds, regardless of frontiers, either orally, in writing or in print, in form of art or throughout any other media of his choice.[5] One of the integral parts of the right to freedom of speech and expression is the freedom of press. In today’s free world, freedom of press is the heart of social and political intercourse. The purpose of the press is to advance the public interest by publishing facts and opinions without which a democratic electorate cannot make responsible judgments. The news articles which are published in the newspaper have to be critical of the actions of the Government in order to expose its weaknesses. Such articles are a threat to the power of the Government. Thus the Government naturally takes recourse to suppress the news in different ways.[6] But it has to be remembered that this freedom of press is not absolute, unlimited and unfettered at all times in all circumstances, as giving an unrestricted freedom of speech and expression would amount to an uncontrolled license. If reasonable restraints, it would led to disorder and anarchy in the society. The freedom is not to be misunderstood as to make the press free of any responsibility. In fact, the element of responsibility must be the conscience of every journalist. The protective cover of freedom of press must not be thrown open for. If a newspaper publishes what is improper, mischievously false or illegal and abuses its liberty it must be punished by the court of law.[7] Therefore the media though has fundamental right of expression, it is least expected that the same should use and exhibited with professional responsibility, prudent intelligence, and the collective impact of the said news in the society at large.

Other Legislation to control Fake News

Section 54 of the Disaster Management Act provides for punishment to a person who makes or circulates a false alarm or warning as to disaster or its severity or magnitude, leading to panic. Such a person shall be punished with imprisonment which may extend to one year or with fine[8].

Section 505 of the Indian Penal Code deals with statements conducing to public mischief wherein anyone who makes, publishes or circulates any statement or rumour with a intention to cause false alarm in public or act against public tranquillity or with intention to incite any class or community to commit an offence shall be punished. It also provides for whoever makes, publishes or circulates any statement creating enmity or hatred or ill will between classes on grounds of religion, race, case or community etc shall be punished[9].

The Press Council Act, 1978
Section 14 sub clause (1) deals with Power to censure wherein on receiving any complaint the council believes that the newspaper or journalist has offended standards of journalistic norms or committed professional misconduct they may warn, admonish or censure the newspaper, editor or journalist[10].

Considering the prevailing scenario, it can be said that the right to freedom of speech and expression including the freedom of press is a double-edged sword. The right to freedom of speech and expression is an indispensable part of any democracy and can be easily misused to spread rumour, fake news etc. Therefore, restrictions need to be placed on the spread of fake news in crucial times of lockdown, as otherwise unchecked use of this right can lead to innumerable problems creating pandemonium and turbulence in the country. The citizens of the country should also act responsibly and reasonably before believing and acting on such fake news. It is imminently demanded in this crucial phase of Covid-19 that each citizen discharges his duty with conscientiousness so as to protect people from any untoward incident and at the same time preserve harmony in the society at large.

[3]Petition by Jamiat-ul-hind vs Union of India 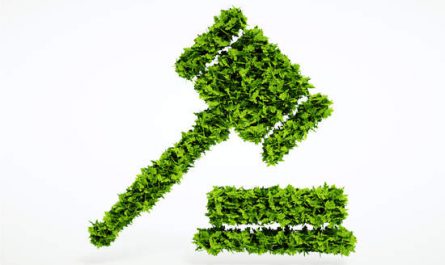 Principle of Non-Refoulement in India under International Law 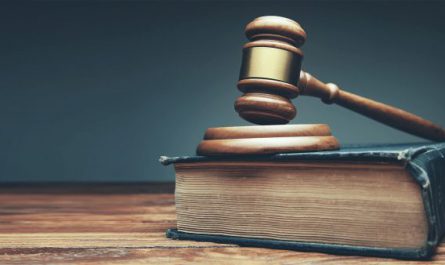 The Concept of Judicial Review Under the Constitution of India