The Environment Protection Act 1986, is an umbrella legislation and was outcome of Bhopal Gas Tragedy of 1984. The Act of 1986 was enacted under Article 253[1] of Indian Constitution, for implementation of the decisions at United Nations Conference on Human Environment at Stockholm in 1972 in order to provide for progressive policy for protection of ecosystem and ecology.[2] The legislation aims at not only protection but also improvement of environment. It extends to air, water and land and their intercourse with natural and human environment. It considers the wholesome definition of ‘environment’.

When the bill was introduced, by the then Minister of State for Environment and Forest Z.R Ansari, he stated, that though there are many legislations in accordance with environment but there is a need for general legislation to allow coordination among different regulatory bodies and ensure speedy response in case of violation.[3] Under the statute, powers lie with the Central Government through Ministry of Environment, Forests and Climate Change to take any step to measure and control pollution and issue directions to stop or close any industry.[4] If there is violation of any provision of the Act, it leads to punishment.[5] A life has been brought to this legislation through further enactments like Environment Impact Assessment Notification, 2006, Coastal Regulation Zone, 2011 and Hazardous Waste Rules, 2016. Further, Environment (Protection) Rules were also laid down for setting up of standards for emission or discharge of environmental pollutants.

The Act characterizes certain activities like excess emission, handling hazardous substances in violation of procedural safeguards and obstruction of person empowered to enter and inspect as offences for which a penalty is imposed. The Act addresses offences committed by companies and Government departments separately.

Notification for protection of ecologically sensitive areas are issued from time to time in accordance to the need under Environment Protection Act.[6] It provides for stringent laws on pollution, hazard emissions or discharge, deforestation etc. which requires a pressing need to overcome such environmental problems. The very idea of locus standi as introduced in Air or Water Act provides for only concerned authorities to initiate an action. However, the concept of PIL has been given preference in the Act.

Powers can be issued by Court under the Act. For example, in M.C. Mehta v. Union of India[7], the court issued various directions in order to control the traffic and vehicular pollution. Further, in Indian Council for Enviro-Legal Action v. Union of India[8], Supreme court emphasized that it is duty and responsibility of Union Territories and Coastal States to take care of the coastline by issuing notification and such to be implemented properly. Also, in Goa Foundation v. Diksha Holdings Pvt. Ltd.[9], the court adhered to the idea that notification having being issued by central government, there should not be any violation and prohibited areas should not allow any industrial activity around CRZ notification to protect ecological environment. In Vellore Citizen Welfare Forum v Union of India & Ors.[10], the Supreme Court interpreted the polluter pay principle and held that absolute liability for harming the environment cover not only the victims but also includes the cost of restoring the environmental degradation.

In M.C. Mehta v. Union of India,[11] the Court while dealing with water pollution of the river Ganga issued directions to the Nagar Mahapalikas which have jurisdiction over the areas through which the Ganga flows to submit to the SPCBs the plan regarding the disposal of waste, sewerage and treatment of trade effluents discharged into the river. The Court also held that it is the duty of the Central Government under Article 48A of the Constitution to introduce compulsory lessons on environmental protection in schools. Further, in M.C. Mehta v. Union of India,[12] the Court gave directions in order to spread awareness on environment protection through mass media, information films and educational courses.

In M.C. Mehta v. Union of India (Taj Trapezium case),[13] the Court held that industries located in the Taj Trapezium Zone using coke or coal are causing pollution at higher levels and therefore, these industries have to switch over to natural gases or must stop functioning or try relocating themselves.

The court in M.C. Mehta v. Union of India[14], considered the rate of falling groundwater level and directed the Central Government to appoint the “Central Groundwater Board” as an authority under the Environment (Protection) Act, 1986. This Board would be empowered to regulate groundwater management and address the issue of indiscriminate withdrawal of groundwater.

In T.N. Godavarman Thirumulpad v. Union of India[15], a PIL was filed under Article 32 of the Constitution on behalf of the people living in and around the Nilgiri forests on the Western Ghats. The petitioner challenged the validity of the actions by the state authorities which amount to destruction of the tropical rain forests of the region which he alleged were a clear violation of the Indian Forest Act, 1927 and the Environment (Protection) Act, 1986. Reiterating the public trust doctrine, the Court held that common properties like rivers, seashore, forest and the air are held by the Government in trust for the free and unimpeded use of the general public.

Though the Act covers air, water and land, however, it ignored modern problems like traffic, noise, congestion, slums etc. Moreover, under Section 11[16], the growing technology has not been taken into consideration. The idea of checking the air or water samples can be done through mobile laboratories without causing any delay. The current provisions were formulated with the idea of protecting guilty rather than environment. It was a great deal to introduce such a heavy punishment in case of violation or environment degradation and the Act gained much publicity due to this, however, no minimum punishment has been prescribed which acts as a loophole here.

Under Section 24[17] of the Act, it is mentioned that in case of any act committed, counts as offence under this Act or any other law, then the offender shall be punished under the other act. The ever idea of formulation of the Act goes in vain. Moreover, there are many aspects left uncovered under different acts like noise pollution and hence, remedy lies just in torts or as nuisance in Code of Criminal Procedure. Also, ‘Judicial review’ in case of decisions of State is not available.[18]

Also, there is an ambiguity in jurisdiction and distribution of powers. A lot of time and effort is required to understand the arrangements and regulations and hierarchy in institutions. This ultimately leads to delay and problems arises out of non-compliance. For example, considering the case of solid waste management, it involves municipality, concerned pollution board and the concerned department having jurisdiction over the land where the waste is dumped.[19]

There is lack of civil administrative authority thereby limiting the effectiveness of Pollution Control Boards efforts and ultimately needs a complete reliance on judiciary for the enforcement. Civil authority is suggestive as filing of criminal cases against violators in session or trial courts or through PIL consumes a lot of time and unpredictable too.

There lies a problem in coordination between Central Pollution Control Board and State Pollution Control Board in various matters like urban development and municipal waste management, industries and industrial facilities etc. Further there is institutional incapacity as proper training is not given to staff.[20] Even the study conducted in case of Andhra Pradesh Pollution Control Board, it was found that they were inefficient in handling the matter due to increase in responsibilities, lack of financial, human resources and deterrence mechanisms.[21]

Despite its disadvantages, the courts in India have been successful in implementing the legislation as evident from the cases above. Pollution level in the country has been controlled with time due to assistance of court.[22] However, if certain changes or amendments are done to the legislation as reflected above, it can surely increase its efficiency as well as the efficacy of the court to solve the matter.

[1] Indian Const. art. 253, Legislation for giving effect to international agreements: Notwithstanding anything in the foregoing provisions of this Chapter, Parliament has power to make any law for the whole or any part of the territory of India for implementing any treaty, agreement or convention with any other country or countries or any decision made at any international conference, association or other body.

[2] Critical Assessment of Existing Environmental Legislation and Policies in India, Its Benefits, Limitation, and Enforcement, Available at: https://www.researchgate.net/publication/322924578_Critical_Assessment_of_Existing_Environmental_Legislation_and_Policies_in_India_Its_Benefits_Limitation_and_Enforcement, Last Accessed: 10.04.2020.

[16] Environment Protection Act, 1986, Section 11- Power to take sample and procedure to be followed in connection therewith. 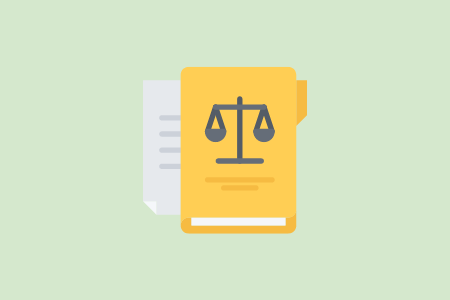 All you need to know about aerial hijacking 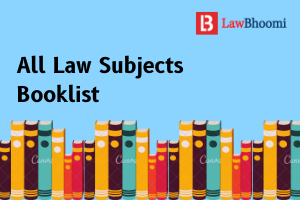