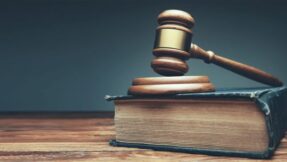 According to Merriam-Webster, Criminal activity (such as fraud, theft, or distribution of child pornography) committed using a computer especially to illegally access, transmit, or manipulate data is Cybercrime or Computer-oriented crime. But it is not restricted to such limited offences like forgery, cyberterrorism, Intellectual Property Rights’ violations, piracy, copyright infringement, cyber squatting, credit card frauds, banking related crimes, cyberstalking, phishing, breaches in privacy, gambling, hacking, etc. In one of the research, Dr. Debarati Halder and Dr. K. Jaishankar (2011) define Cyber Crimes as: “Offences that are committed against individuals or groups of individuals with a criminal motive to intentionally harm the reputation of the victim or cause physical or mental harm to the victim directly or indirectly, using modern telecommunication networks such as Internet (Chat rooms, emails, notice boards and groups) and mobile phones (SMS/MMS)”.[1]

With increasing such crimes mentioned before due to widening Cyberspace usage, the Information Technology Act, 2000 was implemented in India to combat them and was amended in 2008 which expanded the definition of “communication device” to include mobile devices and track IP addresses of its owners. Later, “Privacy” was addressed in 2011 when the need for stringent laws in collecting personal information. This was not only an important step to make cyberspace safe but it is also legit in respect to Article 21 of Indian Constitution in providing privacy and personal liberty.

Specifically talking about “computer related offences”, Section 66 of IT Act says, “If any person, dishonestly, or fraudulently, does any act referred to in section 43, he shall be punishable with imprisonment for a term which may extend to two three years or with fine which may extend to five lakh rupees or with both.” In the case of Kumar v/s Whiteley[2], the accused gained unauthorized access to the Joint Academic Network (JANET) and deleted, added files, altered passwords. The complaint also stated that the subscribers had incurred a loss of Rs 38,248 due to Kumar’s wrongful criminal act. The verdict stated to undergo a rigorous imprisonment for one year with a fine of Rs 5,000 under Section 420 of IPC in regard to cheating and Section 66 of IT Act (Computer related Offense).

Backlash and rescinding of Section 66A

Before quashing it, there were a number of major criticisms which led to discussion, deliberations and debate on the ambit of the Section and its applicability. There were various reports of alleged misuse of the law as people were criminally charged for social media posts against the government or specific politicians and the penalties imposed were said to be irrational and did not match the offence.

Finally, Public Interest Litigation (PIL) was filed in the Supreme Court in the name of Shreya Singhal vs. UOI[4] challenged this provision on grounds of unconstitutionality as it violated the ‘right to freedom of speech and expression guaranteed by Article 19(1)(a) of the Constitution’. It was a reasonable disagreement by the public especially when we refer to the previous similar case like S. Khushboo v. Kanniammal & Anr.[5], where the Court stated that “the importance of freedom of speech and expression though not absolute was necessary as we need to tolerate unpopular views. This right requires the free flow of opinions and ideas essential to sustain the collective life of the citizenry. While an informed citizenry is a precondition for meaningful governance, the culture of open dialogue is generally of great societal importance.” Ultimately the Section was repealed.

Other important sections with Section 66

Section 66B – Punishment for receiving stolen computer or communication device

A person receives or retains a computer resource or communication device which is known to be stolen or the person has reason to believe is stolen.

When a person fraudulently uses the password, digital signature or other unique identification of another person.

If a person cheats someone using a computer resource or communication.

If a person captures, transmits or publishes images of a person’s private parts without his/her consent or knowledge.

This section is the redressal provided for violation of Article 21 like making and circulating pornographic videos or pictures of someone without that individual’s consent in the case of “Jawaharlal Nehru University MMS scandal”.

Section 66F-Punishment for the Act of cyber terrorism

If a person denies access to authorized personnel to a computer resource, accesses a protected system or introduces contaminant into a system, with the intention of threatening the unity, integrity, sovereignty or security of India, then he commits cyber terrorism.

Penalty – Imprisonment up to life.

There is a huge dependence of any country on the term cyberspace both socially and economically. Laws in regard to this field are not just made to curb cybercrime but also to continuously prosper in and with digital technology. With various sections of IT Act like Section 66 which holds people responsible for wrongful or fraudulent acts, there are also acts like Section 66A which though repealed but had its consequences before when it was in the arena was law by misusing or misinterpreting it. Hence, there is always a need to evolve and accept different approaches to deal with crimes in the area of cyberspace and e-commerce.

RELIGION AND THE LAW

Summary of Montreal Protocol on the Substances that Deplete the Ozone Layer, 1987