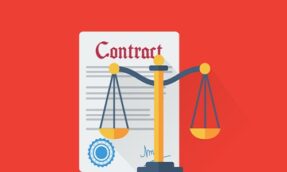 Manohar Lal Sharma v. Narendra Damodardas Modi is famously known as ‘the Rafale case’. A bench comprising of Justice RanjanGogoi, Justice Kaul and Justice Joseph decide the Rafalecase and give the decisions by taken in light the arguments of both the parties. This case is raised the question on the governance, transparency and accountability of the government. The allegation are raised against the present government in front of the press by the opposition party. Now we will Discuss the case in detail.

The beginning of all this started in 2007 when Congress lead UPA was in lower and Manmohan Singh was the prime minister. At that time Ministry of Defence issued a request for the procurement of 126 multirole combat aircraft fighters.Then the test had been done to identify which aircraft is best for India and this process take a long time and in 2012 Dassault Activation Rafale aircraft comes with lowest bid. The agreement was signed in 2014 between Hindustan Aeronautics Ltd. (HAL) and Dassault(a company of France) that 18 aircraft are take in ‘fly- away’ condition and 108 aircraft are manufactured in India by HAL. But the deal did not conclude in the several years because one condition was that Dassult will take the guarantee of the aircraft that are manufactured in India. Then after that in 2015 the government was changed and new deal is out forward. The government announced that the new deal to acquire 36 Rafale aircraft in the ‘fly-away’ condition from the France. The deal is of Rs.60,000 crore. Now the controvert are raised that the government is buying the aircraft at very higher cost than that decided in the deal at the time of UPA government and a private company is given the authority to joint venture with Dassault company of France.

1) Does the Rafale fighter deal suffer from pricing irregularities, considering that the per unit cost of new deal is higher than what was earlier negotiated under the UPA government?

2) Is the Rafale Fighter Jet Deal an inter-governmental agreement between India and France?

3) Did the Central Government follow proper procedure, given that it went from purchasing 126 aircraft to only 36 aircraft?

4) Did the Central Government propose Reliance Defence Ltd as DassaultAviation’s Indian Offset Partner without the approval of Minister of Defence, as required by clause 8.6 of the Defence Offset Guidelines?

Important Arguments of Both the Parties

1) In Manohar Lal Sharma v. Narendra Damodardas Modi, the petitioners seek to question the very fulfilment of the prerequisites for entering into an IGA. The Government of France, giving only a ‘Letter of Comfort’ and not a ‘Sovereign Guarantee’ has been questioned.

2) The petitioners alleged that the offset Guidelines contemplate that the vendor will disclose details about the Indian Offset partner however, in order to help the business group in India in question, an amendment was carried out in paragraph 8 of the Offset Guidelines that too with retrospective effect. By virtue of the said amendment it is contended that cloak of secrecy is cast about the Offset partner and the vendor is enabled to give the details at a much later point of time. It is contended, however, that other provisions of the Offset Guidelines remain unamended, and, therefore, Government cannot pretend ignorance about the Indian Offset partner as has been done in the affidavit filed.

1) In Manohar Lal Sharma v. Narendra Damodardas Modi, the respondents have sought support from paragraph 71 of the DPP 2013. Para 71 of DPP 2013, in respect of the IGA has been referred to, which postulates possibilities of procurement from friendly foreign countries, necessitated due to geo­strategic advantages that are likely to accrue to the country. Such procurement would not classically follow the Standard Procurement Procedure or the Standard Contract Document, but would be based on mutually agreed provisions by the Governments of both the countries based on an IGA.

2) The respondents also says that the INT completed its negotiations and arrived at better terms relating to price, delivery and maintenance, as compared to the MMRCA offer of Dassault. This was further processed for inter­ministerial consultations and the approval of the CCS was also obtained, finally, resulting in signing of the agreement. This was in conformity with the process, as per para 72 of DPP 2013.

In Manohar Lal Sharma v. Narendra Damodardas Modi, J Rajan Gogoi authored a unanimous judgement. In regard of the scope of judicial review, CJI Gogoi said that it varies with the subject matter of the case. To protect the sovereignty and integrity of India, undoubtedly is a matter of utmost concern for the Nation. Keeping in view the above. He emphasised that, in this instance, the Court’s scope of judicial review is severely restricted because the matter pertains to a defence procurement contract. He stressed that the Rafale procurement deal is a vital national security matter, hence the ambit of the Court’s scrutiny is restricted to assessing. The judicial scrutiny is permissible has been consistently held to be ‘illegality’, ‘ irrationality’ and ‘procedural impropriety’.

CJI Gogoiopined that the Court’s investigation of the deal could have ramifications on India’s national security and sovereignty. Drawing on British jurisprudence, the Court quoted from ‘Applications for Judicial Review, Law and Practice’ by Grahame Aldous and John Alder: ‘here are however, certain areas of governmental activity, national security being the paradigm, which the courts regard themselves as incompetent to investigate beyond the initial decision as to whether the government’s claim is bona fide.’ Respecting its limited powers of judicial review, the Court focused its attention on three issues the decision making process, price variation and the Indian Offset Partner (IOP).

Now the court dealing with the issue of following the proper procedures while purchasing the 36 aircrafts instead of 126. The court said that the previous agreement was between the UPA government and Dassault for the purchase of 126 Jets. The Court found that the previous deal could not be concluded because of unresolved issues between Dassault and HAL. The issue was that a condition is put forward that the Dassault Aviation as a seller was required to undertake necessary contractual obligation for 126 aircraft (18 direct fly-away and 108 aircraft manufactured in India) as per Request for Purchase (RFP) requirements. Issues related to contractual obligation and responsibility of 108 aircraft manufactured in India could not be resolved.

The Court noted that inconclusive talks for the purchase of the jets led to the Request for Purchase (RFP) being withdrawn in March 2015. It was under these circumstances that the present government entered into Inter-Governmental Agreement (IGA) for the purchase of 36 Rafale Jets. The Court recognized that the new deal between the NDA government and Dassault was an entirely fresh procedure.The Court appeared satisfied that the government had undertaken sufficient negotiations with the French Government before entering into a contract for buying the 36 jets. The Court noted submissions by Indian Air Force personnel.

In paragraph 22 of its judgment, the Court observed that ‘we have also had the benefit of interacting with senior Air Force Officials who answered Court queries in respect of different aspects, including that of the acquisition process and pricing. We are satisfied that there is no occasion to really doubt the process, and even if minor deviations have occurred, that would not result in setting aside the contract or requiring a detailed scrutiny by the Court.’ The Court concluded that it is beyond its scope of judicial review to scrutinize the government for purchasing 26 aircrafts instead of 126.

The petitioner also alleged the pricing of the aircrafts. He alleges that there are huge escalation in costs and a lot corruption is involved here. The court said that the price of aircraft is submitted before the court in a sealed cover in concern of National security of the country. The court is satisfied with arguments of the government that if the cost details of jets is shared than it would affect the National Security and also there is increased threat from the rivalry nations, if they known that our security have such machinery and they would be able to counter it. Further it would violate Article 10 of the Inter- Governmental Agreement. The official respondents claim that there is a commercial advantage in the purchase of 36 Rafale aircrafts

The issue of Indian Offset Partner (IOP) is what has triggered this litigation. The offset contract is stated to have been governed by the Defence Offset Guidelines of DDP 2013. It is also tmstated that government has no role in the selection of the IOP. As per the Defence Offset Guidelines, the OEM is free to select any Indian company as it’s IOP. The joint venture between Reliance Defence and Dassault is purely a commercial agreement between the private companies. The Court side-lined the allegations made by Former French President François Hollande that the Indian Government had put pressure on Dassault to choose Reliance as an offset partner. The Court stated that all parties (Dassault, Reliance and the Indian government) have clarified that President Hollande’s allegations are false.

Also, there was an amendment in the paragraph of 8 of the Defence Offset guideline which prevented the disclosure of offset partner. The amendment applies retrospectively by the government. This amendment brought by the government conceals the terms and conditions for choosing an Offset partner from the public domain. The petitioner again alleged that there is corruption among Dassault, Reliance Defence and the Government.

The court observed that it is not appropriate or not within the experience of court to deal that what is technically feasible or not.

The Court dismisses the petition by saying that the role of government is envisaged and, this mere press interviews or suggestions cannot from the basis for juducial review by the court. Also said that the court do not have substantial material on record to show that this is a case of commercial favouritism to any party by the Indian government, as the option to choose the IOP does not rest with Indian Government.

The Court dismissed the petition for seeking a judicial probe into the Rafale Deal. It remains unclear if the Court has foreclosed the possibility of future judicial probes with this judgment.

The judgement is still applicable.

In the view of findings on all the issues and by having detailed study of the matter, there is no reason found by the court on this sensitive issue of purchase of 36 defence aircrafts by the Indian Government. Perceptions of Individuals cannot be the basis of a fishing and roving enquiry by the court, especially in such matters. Therefore the court dismissed all the writing petitions, leaving it to the parties to bear their own costs.

Jallikattu and Animals Rights in India

Case Brief: Natural Resources Allocation In Re , Special Reference No. 1 of 2012

Conduct of Arbitral Proceeding: Section 18 of Arbitration and Conciliation Act 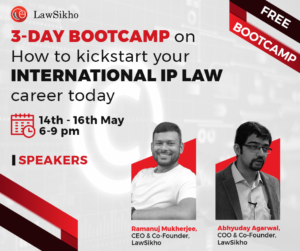