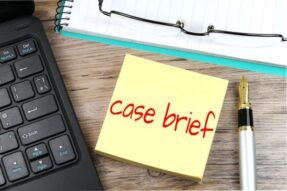 The case that we discuss today is a landmark case in the legal history of India. This case was Laxmi vs. Union of India and Others who issued a PIL brought about by Laxmi, an acid attack survivor which issued guidelines for betterment of Acid Attack Survivor. The Supreme court verdict-imposed restrictions on the sale of Acid and provide compensation to the victim. Earlier acid attacks were categorized in general category of offences that caused “grievous hurt”.

The criminal amendment act of 2013 passed several new guidelines after the recommendations made by the justice J.S Verma commission after the 2012 gang rape and murder of a physiotherapy student, that acid violence is a separate offence and will now carry punishment of life imprisonment and fine. Before this verdict of Supreme court there was no ban on sale of acid on counters as well as the compensation provided by the government was not sufficient. An acid attack survivor has prolonged effect of such an act which includes perpetual torture, permanent damage and other problems for the rest of her life. Their living life becomes like a mess; survivors become embarrassed and traumatized to walk out of their house and carry out simple tasks.

Even if they are willing to live a normal life, there is no guarantee that society will treat them as normal human beings because of their appearance and disabilities after an attack. Hence, to minimize such acid attacks on women the state should give remorseful punishment to the wrong-doers. Earlier the acid attacks were not reported but after the Laxmi’s case initiation many cases came into light.

1. Laxmi who is an acid attack survivor filed a PIL in 2006, A minor then Laxmi was attacked by three men in New Delhi busy streets as she refused to marry a man named Naeem Khan aka Guddu.

2. She faced a lot of trauma and physical pain due to such an attack on her. Even after so many surgeries she could not get her face back as her upper body suffered a lot.

3. Attempt to murder was filed against the culprits and got convicted by the court of Delhi.

4. Those who were convicted by the Delhi’s district court later got bail from the High court.This led to a surprise to the victim as granting of bail was not appropriate for such pain she has suffered.

5. All this led of filing a public interest litigation by the victim which targeted at the easy availability of acid, no proper provision related to acid attack cases, including expenses, surgeries and rehabilitation for acid attack survivors.

2. A complete ban on the sale of acid and its various forms also such acids should not be available over the counter.

1. The petitioner raised her voice against the distribution of acids in the markets at the tip of your fingers.

2. She also stated how her acid attack had caused her mental, emotional and physical trauma.

3. She requested rehabilitation from the government.

4. She stated that she wanted stricter and stringent laws towards the people who committed these heinous crimes because the prerequisite laws treated acid attacks as a generalized happening rather than giving it a separate section.

5. She requested for free treatment and compensation for the acid attack survivors.

1. The learned solicitor general stated that the Central Government will put the model rules into effect.

2. The model rules consisted the regulation of sale of acid and some other corrosive substances which come under the the poisons act, 1919 to all the cumulative state governments and union territories which will be followed within a week from today.

3. The also held that the model rules would be including inter alia the type and form of acids (liquid and crystallised) which can be stored and sold, issue of licenses, gain by individuals. Education or research institutions, hospitals, industries, department of government’s and public sector department undertakings. They accept the submission made by the respected solicitor general as observed above.

4. The Hon’ble counsel for the state of TamilNadu stated that within two months from today proper and strict laws will be regularized to keep in check the sale of acid and other corrosive substances.

5. The state and union territories governments held that they will make the offences under poison act 1919 completely non cognizable and non bailable.

SIGNIFICANCE OF THE JUDGMENT:

1. This outcome led to several orders being passed which led to the guidelines being passed for the betterment of acid attack survivors.

3. After the compilation of such data it came that the number of acid attacks were great in Uttar Pradesh, Madhya Pradesh and Gujarat wherein Delhi being the only Union territory where such heinous crime took place.

4. This led for the amendment in the Code of Criminal Procedure, 1973 in which section 357-A was inserted for the compensation to the victim or their dependents, prepare a scheme for providing funds to all those who have suffered loss or injury due to such an acid attack and need rehabilitation.

5. Amendment was also made in Indian Penal Code,1860 wherein two sections 326-A and 326-B were inserted exclusively dealing with acid attack.

6. Victim compensation scheme got notified in all states and union territories of india.

7. Amendment of Cr.P.C led to the insertion of section 357C which is all hospitals whether private or public run by central, state government or local bodies should provide the first aid or medical treatment free of cost.

8. Supreme Court directed for the minimum compensation of 3,00,000/- to every acid attack victim in all states and union territories.

9. The state government issued ban on sale of acid and declared acid as “poison” and which would not be easily available.

10. Victim compensation scheme was also initiated by the government with the help of legal services authority so that each acid attack victim could take benefit of such an initiation.

11. No hospital/clinic can refuse for treatment of an acid attack victim and if any such complaint is made, the victim can take further appropriate legal action.

12. It should be kept in mind that even though this case started as a smaller spark it did not take long for it to turn into a full-blown fire and engulf the ones who were guilty. To take a step like this despite the conditions that Laxmi was facing is something that only a few are capable of. The PIL filed by Laxmi changed the course of acid attacks and its punishment in india while also giving other victims and survivors a change to showcase their sufferings and gain compensation and seek proper justice for what happened to them.

13. Laxmi, today is busy influencing nations and men and women alike with her motivational story and her irreplaceable grit and determination to seek justice through all odds which led to the reformation of a law in the interest of women. Though men are also subjected to acid attacks but statistically speaking the gender bias is quite prevalent when it comes to these heinous crimes as more often than not 9 out of 10 times it is the woman who gets affected by these crimes and has to pay a heavy price for her own independent choices and preserving her self-respect.

14. Laxmi and her case is an eye opener that shows us how these hateful and spiteful crimes occur out of petty issues and how there is a need to put stringent and strict remedies to curb these crimes and their proclivities along with associated attacks.

15. Laxmi’s case not only gave her a new voice but also inspired thousands of other people to take a stand and put forward their stance and their opinions. Her step towards this issue changed the way we look at victims as they are not victims but conquerors who despite all of their issues and difficulties do not hesitate to come forward and let the world know about their stories for the sole purpose of motivating others and spreading awareness.

PRESENT STATUS OF THE JUDGMENT

Remedies for Breach of a Contract under Indian Contract Act