Even though India is the world’s largest democratic republic, the country is plagued with widespread poverty and lack of proper education, resulting in a myriad of human rights violation, especially against women and girls. Human trafficking is global problem as it is largest most happening crime. It occurs at local, domestic and international level.Every year, millions of men, women, and children are trafficked worldwide including In well developed nations like United States. It can happen in any community and victims can be any age, race, gender, or nationality.India is among those countries that have largest numbers of victims of human trafficking.The victims of human trafficking are Mostly womens,childrens and Vulnerable population who have little social and legal protections. Human trafficking is a serious crime which is totally against human rights.

Human trafficking involves the use of force, fraud or coercion to obtain some type of labour, beggary,organ removal or for sexual exploitation. In other words it can be said it is the illegal use of humans against his/her will.The person doing this process are known as traffickers.

Victims are forced for slavery and are engaged in agriculture, mining ,manufacturing works, construction works and for other domestic jobs.

Where the women’s rate is less then men’s victims are forced to marriage.It may happen by sexual and psychological stress along with the physical violence.

They force the victims to commit crimes and to extend their criminal activities. In such case if they are caught by police there is no loss to them.This is when someone is forced to carry out criminal activity through coercion or deception.Victims are used for drug trade, e.g. cannabis cultivation, drug distribution, begging, pick-pocketing, bag snatching, ATM theft, selling of counterfeit goods.

There are large requirements of organs in world wide, so the organs of victims are sold for money. In this type of trafficking victims may be any gender and age groups. It may happen with or without consent, if it is happening with consent for money then it is known ae organ trading it is also illegal because only the family members can donate their organs.

This type of trafficking is similar to organ trafficking the only difference it is for the skin. Skin of the victims is sold for higher amount when there is huge demand.

In prostitution sites and brothel centres women are forced to involve in commercial sex. Victims are transported from one country to other for sexual exploration.

In this type childrens are forced to do household works as slaves. In some cases people adopt orphans and treat them as slaves and for sexual exploitation. The Supreme Court while supporting inter-country adoption stated it is necessary to bear in mind that the primary object of giving the child in adoption being the welfare of the child, great care has to be exercised in permitting the child to be given in adoption to foreign parents, lest the child may be neglected or abandoned by the adoptive parents in the foreign country or the adoptive parents may not be able to provide to the child a life of moral or material security or the child may be subjected to moral or sexual abuse or forced labour or experimentation for medical or other research and may be placed in a worse situation than that in his own country. The court has laid down procedures to check and monitor inter country adoptions so that the children don’t end up trafficked.[1]

Traffic in human beings and beggar and other similar forms of forced labour are prohibited and any contravention of this provision shall be an offence punishable in accordance with the law. Forced labour is forbidden by the Constitution.

This legislation is for prevention of trafficking for commercial sexual exploitation.The menace of sexual abuse by immoral trafficking of children to force them somehow to enter in the business of prostitution is age-old phenomenon and needs to be tackled by Central as well as State Government with utmost care and precaution.It is also about protecting children against social, psychological and emotional insecurity and distress.[2] The court in its order stated that Govt. of India’s Action Plan of 1998 to combat trafficking and commercial sexual exploitation of women and children had not delivered the desired results and more stringent measures were the crying need of the day.

Court orders the creation of Zipnet in order to monitor missing children and orders for registration of FIR in all cases of missing children.[3] “The Central Government and the Governments of States and Union territories should devise a machinery of its own for ensuring the proper implementation of the suggestions that would be made by the respective committees. The Advisory Committee can also go deep into Devadasi system and tradition and give their valuable advice and suggestions as to what best the government could do in that regard.”[4] The Supreme Court ordered to constitute a Committee to make an in-depth study into these problems and evolve such suitable schemes for Rehabilitation of trafficked women and children. Coordination Committee at the Central Government Level formed to Frame the National Plan of Action.[5]

This act was established to protect the children against offers like sexual abuse, sexual harassment and pornography.

After the commencement of this act, the bonded labour system is abolished.the practice of bonded labour is considered illegal.Article 24 prohibits the employment of children whether as bonded labour or otherwise. Together, Article 23 and Article 24 are place under the heading “Right against Exploitation”, one of India’s constitutionally proclaimed fundamental rights.

NHRC made the Nodal Agency for Monitoring the Rehabilitation of Bonded Labours in the Country.The Apex Court directed that the National Human Rights Commission (NHRC) should be involved in monitoring the pace and progress of implementation of the law, national policy and programme of action as also directions of the apex Court issued from time to time. The NHRC is monitoring the bonded labour situation in the country[6]

The Collector should issue a release certificate to each of the persons so released. Each of the released bonded labourers shall be paid a sum of Rs.3000-00 by way of interim relief. The released bonded labourers must be rehabilitated by the State government on a permanent basis. Implementation of the rehabilitation programme should not wait on account of the pendency of the present proceeding in the apex Court. The State government will submit within 2 weeks from the date of receipt of the order a report setting out the permanent rehabilitation programme formulated by them for scrutiny and approval by the Court.[7]

The Supreme Court laid down various measures which needs to be taken in order provide support to the child labour and his family. The Court said from each offending persons employing child labour their premises needs to be sealed and they be asked to provide fine of Rs 20,000 which will be used for the Rehabilitation of the Child victim. [8]

“In order to faithfully implement the directions of this Court, there is requirement of a nodal agency. We have considered this aspect carefully and we deem it appropriate to appoint the National Commission for Protection of Child Rights, constituted under the Commissions for Protection of Child Rights Act, 2005 as the nodal agency which will monitor the implementation of the directions passed by this Court from time to time. The nodal agency would be given all assistance and support by the Union of India in monitoring and complying with the directions of this Court. The nodal agency may also take assistance from other organisations, including the non-governmental organisations.[9]

The Supreme Court ordered to constitute a Committee to make an in-depth study into these problems and evolve such suitable schemes for Rehabilitation of trafficked women and children. Coordination Committee at the Central Government Level formed to Frame the National Plan of Action.[10]

In this case the Supreme Court while dismissing a appeal by the accused in a case of murder of a Sex Worker the Supreme Court stated that the Central and the State Governments through Social Welfare Boards should prepare schemes for rehabilitation all over the country for physically and sexually abused women commonly known as the “prostitutes” as we are of the view that the prostitutes also have a right to live with dignity under Article 21 of the Constitution of India since they are also human beings and their problems also need to be addressed.[11]

This Problem can be solved by implementing Stick legislations and more punishment should be given to traffickers so that more traffickers will hesitate before acting. Awareness programs in TV, radio and text books of the children about good touch and bad touch, sex education,Sexual abuse, trafficking, dangers of social media. Parents should be aware of their chis activities and be friendly so that childrens don’t hesitate to share everything with them. Effective control should be made on the boundaries because most of the children trafficking network is often extend beyond the borders of a country.

“The trade in human beings, a modern form of slavery, violates the God-given dignity of so many of our brothers and sisters and constitutes a true crime against humanity.” 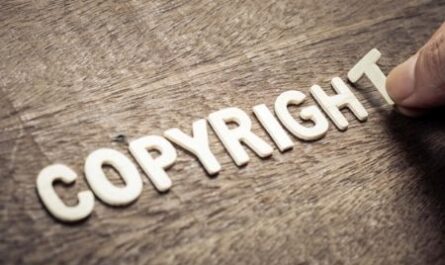 Rights of Owner of a Copyright under Copyright Act

Impact of Covid-19 On the Welfare Mechanism of IDA, 1947: Rights of Employer And Workmen