Introduction to the Rule against Bias as a Natural Justice Principle

Doctrine of nemo judex in causa sua is rule against bias.The doctrine of natural justice is not only to ensuring justice, but also of avoiding the error of justice. Ridge v. Baldwin found that the theory of natural justice was inadequate to describe specifically, even in particular, what a rational individual might consider as a fair practice.

There is no law in India that sets down the basic process to adopt in the exercise of decision-making powers by administrative agencies. The principle of natural justice is a minimum fair procedure. It is a common law rule, which is focused on the legal philosophy established by the courts that will, when making actions that adversely affect the interests of a private citizen, be enforced by all judicial, quasi-judicial and Administrative authorities. Equity, equity and freedom are central to natural justice.

The position and authority of administrative agencies is increasing rapidly in a welfare state such as India. If the instruments of the State are not charged with fulfilling these functions fairly and fairly, the concept of Rule of Law would lose its validity.

No man shall be Judge in his own cause or the deciding authority must be impartial and without bias—Rule against Bias.

Hear the other side, or both sides must be heard, or no man should be condemned unheard or that there must be fairness on the part of deciding authority—Rule of hearing or fair hearing.

The first principle of natural justice is nemo judex in causa sua i.e. rule against bias. That ensures that the decision-maker needs to remain fair and unbiased. This prejudice disqualifies a individual as a judge from two principles:

(1) In its own right, nobody should be a judge;

(2) Justice is not only required, but is seen to be practiced. Processes before a decision-making official can be vitiated because the situation before him becomes a skewed one or has its own purpose. Franks [1]has correctly noted that the law against discrimination is reasonable because the impartiality of successful administration is a benefit.

Bias is an organizational bias in relation to a group or question, whether aware or unconscious. These organizational bias can be induced by a preconceived view or predisposition or through predisposition to determine a specific case in such a manner that it may not expand the mind. In other terms, “bias” may usually be characterized as partiality or prejudices not based on justification and based on personal or pecuniary self-interest. — as held in G. N. Nayak v. Goa University.[2]

The presumption against partiality thus hits at certain considerations that can misleadingly influence a judge in any particular situation.

Explanation of Concept of Rule against Bias

It is a well-established moral theory that right should be served, and not just accomplished. Justice will never be believed to be served because a individual decides his or herself.

The idea extends not only to the courts but also to quasi-judicial and administrative processes. Natural justice requires the lowest provision to have neutral people who behave equally, without bias and discrimination. A prejudiced verdict is nullity and the trial is “Coram non-judicie.”[3]

There are also two key facets of the law against preference:

1. Any private or contractual involvement in the results of the case shall be displayed by the individual of authority.

2. Real probability of bias must be present. A subjective concept, which implies either true partiality or a fair presumption of partiality, is real probability of partiality. The state of mind of a human is hard to show. Consequently, the courts are of the opinion that there is reasonable reason to believe that the decisive factor was probably partial.

Bias manifests itself variously and affects a decision in a variety of ways. It can broadly be classified into six categories:

The bond of affection or animosity between the authority and the parties results either directly or professionally. Our friends or relatives are being favoured by the human race, although the same is being used against their enemies as a shield.

“It is clear that a candidate should absolutely preclude a candidate from the position of a judge, however minor a financial benefit might be in a question of practice.”

Co-op at Visakapatnam. The cooperative corporation Motor Transport Ltd. v. Bangaruraju [5]required a license. Around the same period he became president of the Local Transit Authority, providing the authority in favor. The collector was the Chairman of that community. The Court abrogated the ruling as it breached social justice standards

In R v. Hendon Rular District Council[6], the Court in England annulled the planning committee decision that one of the representatives was an estate agent working for the petitioner who requested the approval.

The cases in which the decision-making officer has the subject explicitly or implicitly.

In R v. Deal Justices ex p. Curling[7], the judge was not found disqualified for trialing an animal’s case of abuse because he belongs to the Royal Society for the avoidance of animal cruelty and it did not show a clear risk of prejudice.

The government’s order to nationalize road transport in this case was challenged by Gullapalli Nageswara Rao v APSRTC. [8]One of the reasons why it was challenging was the fact that the Secretary of the Transport Department that delivery was partial and that he was also responsible for implementing the scheme. The Court quashed the directive because the Secretary was limited under the conditions and thus unreasonable.

Policy Bias has been implied when the judge is interested in the projecting and pursuing the politics of the department.the biasness is similar to the departmental biasness.

Application of Rule against Bias/Doctrine of nemo judex in causa sua: Important Tests

The situation in the event of financial interference is that a individual is barred from serving as a judge, however minor an interest might be. But in case of political bias, this is not true. For disciplinary behavior to be effectively sued on the grounds of personal partiality there must be shown that there is a “fair presumption of partiality” or a “true probability of partiality.”

The “reasonable suspicion” test primarily looks at outward appearances, De Smith[9] says, and the “real probability” test is focused on the Court’s own probability assessment. In Metropolitan Properties Co. v. Lannon,[10] the test of real likelihood of bias was given a somewhat broader content. As Lord Denning says,

“the reason is plain enough. Justice must be rooted in confidence and confidence is destroyed when right minded people go away thinking that the Judge was biased”

The test as now formulated boils to the “reasonable suspicion” test. 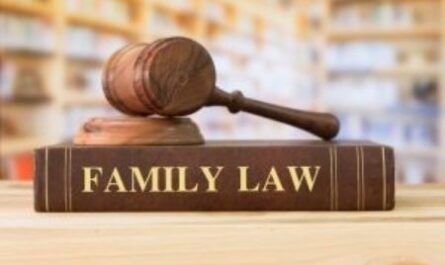 LEGAL VALIDITY OF RELIGIOUS CUSTOMS IN CONTEXT OF SABARIMALA

Developments and Implications of Covid-19 on Insolvency Regimes