Malicious prosecution is the malicious institution of unsuccessful criminal or bankruptcy or liquidation proceedings against another without reasonable or probable cause. This tort balances competing principles, namely freedom that every person should have in bringing criminals to justice and the need for restraining false accusations against innocent persons. Malicious prosecution is an abuse of the process of the court by wrongfully setting the law in motion on a criminal charge. The foundation lies in the triangular abuse of the court process of the court by wrongfully setting the law in motion and it is designed to encourage the perversion of the machinery of justice for a proper cause the tort of malicious position provides redress for those who are prosecuted without cause and with malice. In order to succeed the plaintiff must prove that there was a prosecution without reasonable and just cause, initiated by malice and the case was resolved in the plaintiff’s favor. It is necessary to prove that damage was suffered as a result of the prosecution.

In an action of malicious prosecution the plaintiff must prove:

When does Prosecution commence?

The Prosecution is not deemed to have commenced before a person is summoned to answer a complaint. there was mere lodging of ejahar alleging that the plaintiff wrongfully took away the bullock cart belonging to the defendant and requested that something shoud be done. The plaintiff was neither arrested nor prosecuted. It was held that merely bringing the matter before the executive athourity did not amount to prosecution and therefore the action for malicious prosecution could not be maintained. There is no commencement of the prosecution when a magistrate issues only a notice and not summons to the accused on receiving a complaint of defamation and subsequently dismissed it after hearing both the parties.

1. Institution or continuation of Legal proceedings- There must have been a prosecution initiated by the defendant. The word ‘prosecution’ means a proceeding in a court of law charging a person with a crime. To prosecute is to set the law in motion and the law is set in motion only by an appeal to some person clothed. The person to be sued is the person who was ‘actively instrumental in putting the law in force.

2. Termination of the prosecution in the plaintiff’s favour- The plaintiff must prove that the prosecution ended in his favour. He has no right to sue before it is terminated and while it is pending. The termination may be by an acquittal on the merits and a finding of his innocence or by a dismissal of the complaint for technical defects or for non-prosecution.

3. Absence of reasonable and probable cause- ‘Reasonable and probable cause’ is an honest belief in the guilt of the accused based on a full conviction founded upon reasonable grounds, of the existence of a circumstances, which assuming them to be true, would reasonably lead any ordinary prudent man and cautious man placed in the position of the accuser to the conclusion that the person charged was probably guilty of the crime imputed.

4. Malice- Malice for the purposes of malicious prosecution means having any other motive apart from that of bringing an offender to justice. Spite and ill-will are sufficient but not necessary conditions of malice. Malice means the presence of some other and improper motive that is to say the legal process in question for some other than its legally appointed and appropriate purpose. Anger and revenge may be proper motives if channeled into the criminal justice system.

Evidence of Malice- Malice may be proved by previously stains relations, unreasonable or improper conduct like advertising of the charge or getting up false evidence. Though mere carelessness is not per se proof of malice unreasonable conduct like haste, recklessness or failure to prove enquiries would be some evidence. When there is absence of some reasonable cause wing to defendant’s want of belief in the truth of his charge is the conclusive evidence of malice

The damage must also be the reasonable and propable results of malicious prosecution and not too remote. In assessing damage the court to some extent would have to consider

Important Note: In case students have any issue/feedback for the internships and other opportunties posted on the LawBhoomi, Students can write to us by sending an email to [email protected] 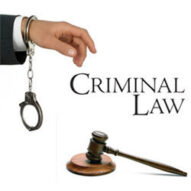 Definition of Theft under Section 378 of the Indian Penal Code 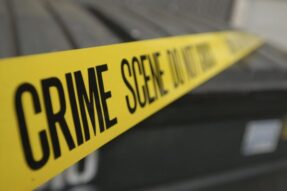 CLAT and other Law Exams | A brief on Kidnapping and Abduction  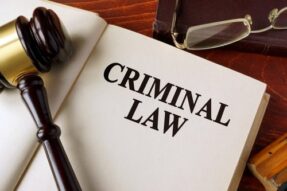 CLAT and other exams | All you need to know about Offence